It’s Not About the Food

It’s Not About the Food

It was my day off, and I was walking down a street in Tarapoto, Peru when I spotted an elderly couple begging for money from the patrons of a Chinese restaurant. The couple looked hungry and sickly, and there was no way that a few soles given to them out of pity would buy them a decent meal.

It was one of those Holy Spirit moments when I knew I was being called to act. I approached the couple and asked if they would like some lunch. I invited them to sit down, asked them their names, then went to the counter and paid for two lunches for Cesar and Brenda. I returned to the table and exchanged a few words with Cesar and told him their meals were on their way. After a Dios le bendiga (God bless you) from Cesar, I left to finish my errands for the day.

It was one of those Holy Spirit moments when I knew I was being called to act. I approached the couple and asked if they would like some lunch.

That particular day I didn’t feel called to sit with the couple. It was my day off, and after a week of ministry proper boundaries are important. But I knew God was calling me to provide lunch and a few kind words to His suffering children.

I walked back past the Chinese restaurant about 10 minutes later just to make sure Cesar and Brenda were being attended to. I saw them hunched over their first course of soup, steadily eating. Cesar, with hardly any teeth. Brenda, thin with very short hair. Both fairly aloof. Perhaps from illness or malnourishment. That image of them is one that I cannot easily forget.

I couldn’t do much for them, but I pray this one small gesture gave them a little relief that day.

On another day off I had been in the city all day and was getting ready to catch public transportation and return home. But I had a sense that I wasn’t finished for the day. Something kept me there. Was I supposed to attend the evening Mass? That hadn’t been my plan. I was already drinking a can of American pop I had bought at the supermarket and missed the fast.

I walked down a street that led to the town square and passed by a little pizza shop. I saw a lonely-looking middle-aged woman standing in front, and I was compelled to stop. I talked to her for a few minutes, and she asked me if I would buy her a slice of pizza.

I couldn’t do much for them, but I pray this one small gesture gave them a little relief that day.

We went into the shop, and I invited her to order what she wanted. She asked for a hot coffee along with her slice of pizza. “Aren’t you going to get anything?” she asked me. I wasn’t, but I realized in that moment that the Lord was inviting me to sit down with Him in the disguise of this woman and enjoy a meal. Peruvian pizza with mystery meat wouldn’t have been my first choice of a day-off meal, but this wasn’t about me.

Before our food came, I went to the restroom to wash my hands. When I returned, I saw that the spout of my can of pop was now turned toward my new friend. “Did you like it?” I asked her, motioning to the can. She grinned and nodded her head. Her innocence was charming. In those days I worried more about intestinal parasites than viruses passed through saliva, so I wasn’t phased. I do wonder how my lemonade ginger ale paired with the black coffee she was also enjoying.

During the course of our little meal, the woman shared with me some details about her life, including how all of her relatives had passed away, leaving her alone. I wonder if her mother had been taking care of her, since it seemed that she might not have the capacities to hold a job and support herself.

Another heart-wrenching situation where all I could do was share a simple meal with her before getting back home before it was too late to catch a taxi. But at least I could do that much.

Now that I live Stateside and my mission is more behind the scenes, I have less opportunities like those I just recounted. But they still come. Sometimes I make excuses of time, safety, and health. But sometimes I know I’m supposed to stop.

It happened a few weeks ago that I passed a couple with a cardboard sign on my way to the grocery store. I knew it was an opportunity to do something. After I had finished my grocery pickup, I went inside to the deli section of the store and deliberated about what to buy. There were the rotisserie chickens. Would that be too messy? Would they want to eat it cold? Maybe a sub. It was large enough for two. But would that thick, crusty bread be hard to eat if they had problems with their teeth?

Undecided about what to buy, I almost left with nothing. C’mon, Cate, just choose something, I muttered to my indecisive self. I settled on a turkey bacon wrap. That’s what I would have wanted. It was conveniently sliced in two halves and would hopefully be easy enough to eat.

When I arrived at the couples’ corner, I pulled into the parking lot of what I now know to be a marijuana dispensary. I rolled down my window, handed the clamshell containing the wrap to the man, and asked his and the woman’s names. Before I could say more, someone pulled in behind me and began honking the horn. The rough man who had just thanked me yelled some profanities at the impatient driver behind me.

I pulled away, looking for a different exit out of the parking lot. There wasn’t one, so I drove past T and A once more, smiled, and waved. Before pulling out into the street, I looked more closely at the woman, hunched under a blanket, eating the wrap. We glanced at each other. She was beautiful but sad. I can only imagine what her story might be.

I had been deliberating over which food item to purchase, at the risk of buying nothing at all. I realized as I pulled away that the type of food was insignificant.

Ten minutes prior I had been deliberating over which food item to purchase, at the risk of buying nothing at all. I realized as I pulled away that the type of food was insignificant. What was important was that I followed an inspiration of the Spirit. I stopped for a moment and tried to treat with dignity two people whose lives, for whatever reason, are really tough right now.

I may never see T and A again, but I can pray for them. These are extremely small actions. They don’t seem to have much impact when you think of all the needs that exist. But if we each do one small thing in our corner of the world, only God knows the impact we can have.

It’s about love. It’s about dignity. It’s about small acts of kindness. Whether it’s Chinese food, pizza and coffee, or a wrap from the grocery store deli, it’s not really about the food. It’s about being His hands, His feet, His smile to bring perhaps one small glimmer of hope into someone’s world today. 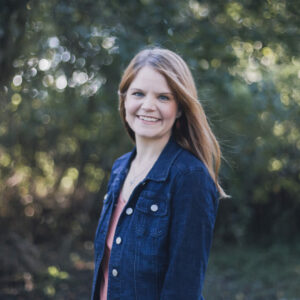