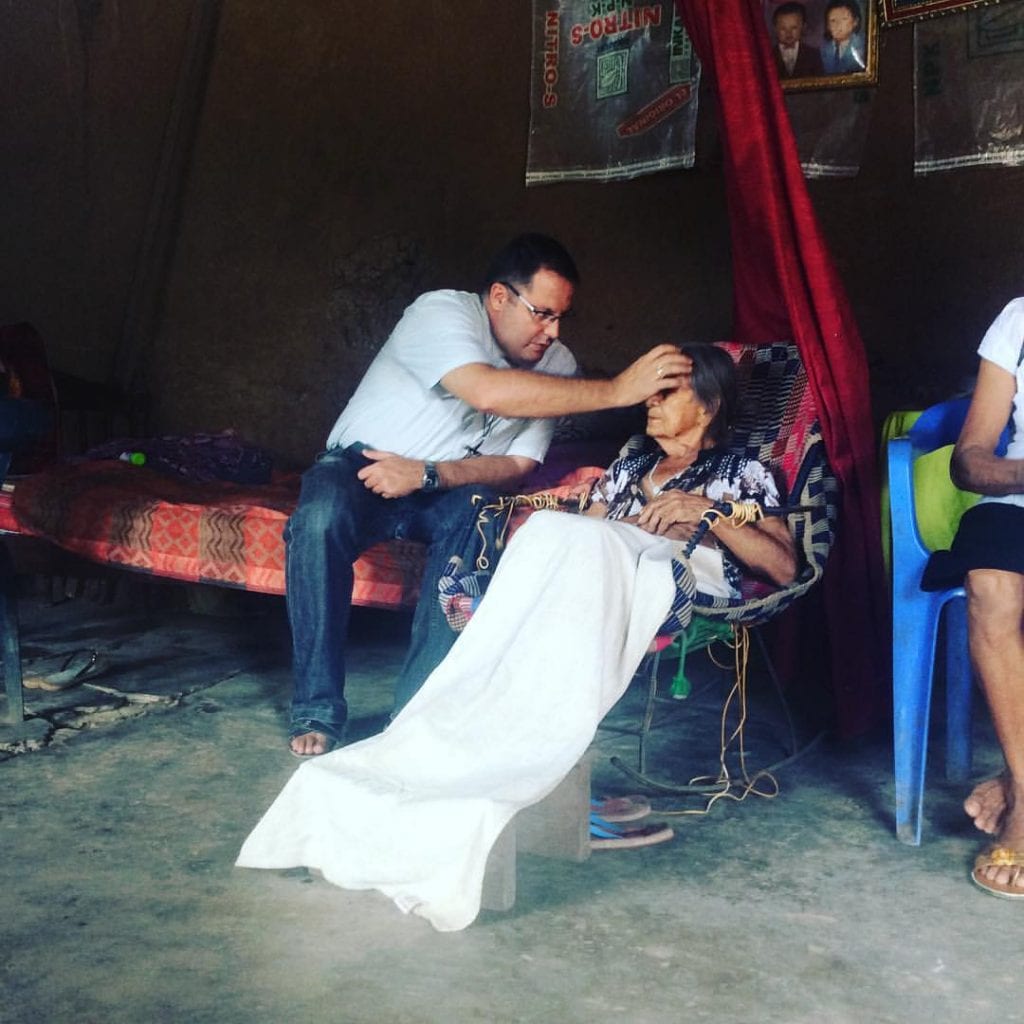 Last year, I was introduced to Leanor for the first time. I only knew her in passing. She was the lady who sat on the corner of our street watching the day’s action pass by, much like my grandfather had done when he was alive.

I was not fully introduced to her until one day when her great-great niece Ivis came to our door asking for me to visit her. Leanor was not feeling well and she could no longer leave her bed. I went and prayed with the children who are always at our house. We prayed for Leanor and for her family.

I knew instantly when I walked in that she was near death.

When I returned home I called Padre Paco and asked him to come and administer the Anointing of the Sick. That evening, Padre Paco came after mass to administer the sacrament. When we entered the room you could sense the sadness from Leanor’s family. As Padre Paco started preparing to anoint her, he asked her family for more information about her. Leanor was 95 years old and the only sacrament she had received was Baptism. Her husband had been dead for over twenty years. At that, Padre Paco asked Leanor if she would like to receive Jesus’ body in the Eucharist. She nodded her head. After a short lesson on the Eucharist and the sacrament of Confirmation, Padre gladly confirmed her and gave her her First Communion. He then administered the Anointing of the Sick. He encouraged her to continue to pray and to trust in Jesus. He kissed her head and left.

It was a week later that I returned with Communion. Leanor looked much better and by the next week she was back to sitting out front of her house, watching the day pass by. The Lord had healed her!

Months later, Leanor was in the hospital. Her body was shutting down. She couldn’t eat or drink. She couldn’t move or talk. All of her fingers and toes were incredibly swollen and blood was starting to pool on the back of her legs and arms. The doctors determined there was nothing left for them to do; so they sent her home to die.

When she returned home her family asked if Padre could once again anoint her. Unfortunately, he was on a retreat with the Bishop and wouldn’t be returning for a week. We offered to bring her Communion and to pray for her. That night after our holy hour we brought her Communion. As she couldn’t eat or drink, we brought her a tiny piece of our Lord. Through the grace of God she was able to consume him. During the prayers her family was crying. As we left, we reminded her that she had just received Jesus and that she should continue to trust in Him. She should trust that He is either going to call her home to be with Him or that He is going to heal her. As we hugged her, we told her we would be back.

The following week, Padre Paco was able to once again come to administer the Anointing of the Sick. As soon as we stepped in the house, I knew something was different. Her children were smiling, filled with joy. When we walked into Leanor’s room, she was sitting up and talking. She was so excited to see Padre Paco. She joyously replied yes when he asked if she wanted to receive Jesus.

God has healed her twice now. Many people have commented that she must still be around because she did something wrong. On the contrary, we know from the Bible that God blesses some of His faithful with long lives. He has chosen to heal Leanor to remind our pueblo that God still works miracles. He has also shown our town the power and graces of the Sacraments. He also shows them how He works through those with incredible faith. How many countless times did our Savior say, “Your faith has healed you”? 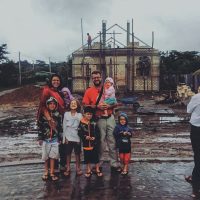