Sent Forth in His Name 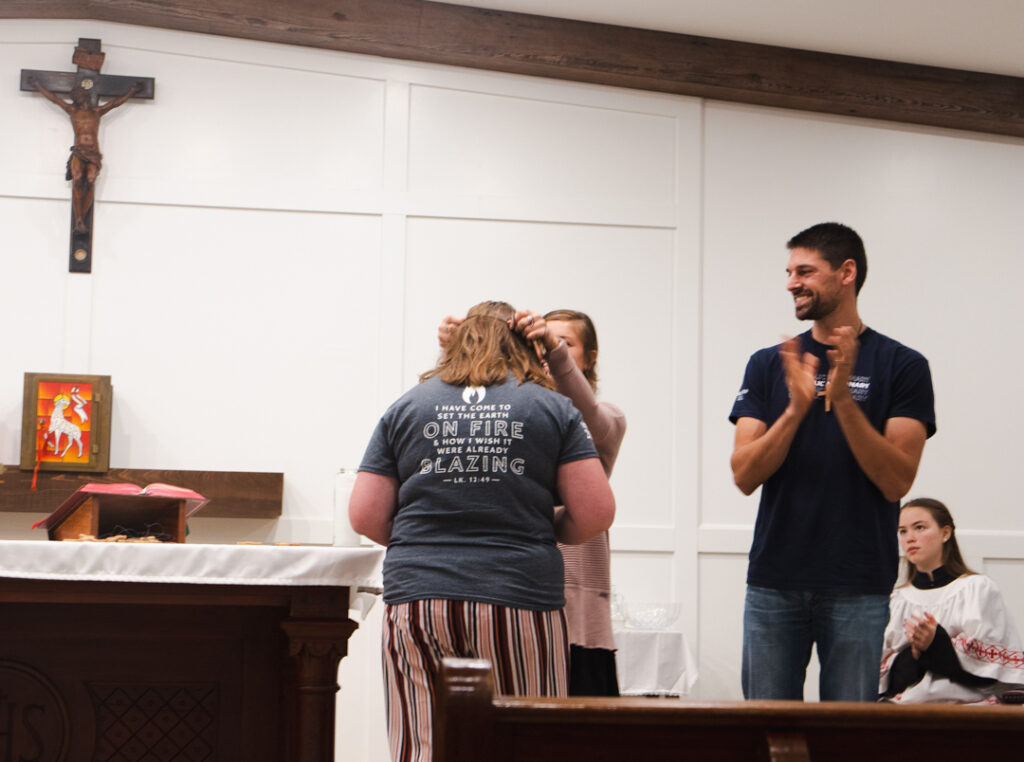 Sent Forth in His Name

The annual Commissioning Mass brings great joy to the entire FMC family. It is during this time that the new missionaries—who have spent the past year praying, discerning, support raising, and training—are officially sent out as FMC missionaries.

On December 10, 2022, the chapel at Stillwater Catholic Retreat Center filled with people excited to share in this moment with the new missionaries. The Commissioning Mass came at the end of a 2-week gathering of FMC missionaries known as “Year in Review.” During this time, missionaries return from their posts for a time of rest and rejuvenation. It is an opportunity to be renewed in the call to serve Christ and others. It is fitting that these days together would culminate in the sending forth of new laborers in the vineyard.

The Vigil Mass was celebrated by Fr. Michael Richard of the diocese of Lafayette, former chaplain and long-time friend of FMC. During the Mass, each of the new missionaries was called forth by Executive Directors Kevin and Sarah Granger to receive their missionary cross.

The crosses were placed around their necks by members of the formation team who had been accompanying the new missionaries during the previous months of training. These sacramentals serve as a simple, yet powerful, reminder of the One BY WHOM we are sent to others, and the one TO WHOM we lead others.

The new missionaries were sent out into the world supported by the prayers of the FMC family, and their own families and friends. Following the celebration of the Eucharist, everyone enjoyed fellowship and a Louisiana feast of gumbo in honor of the “yeses” of these families and single women.

“Go into the whole world and proclaim the gospel to every creature.” –Mark 16:15

And please join us in praying for more laborers in the foreign mission field. There are many still to be reached with the love of Christ.

If you’re interested in serving Jesus as a foreign missionary, or know someone who is, reach out to our vocations team.