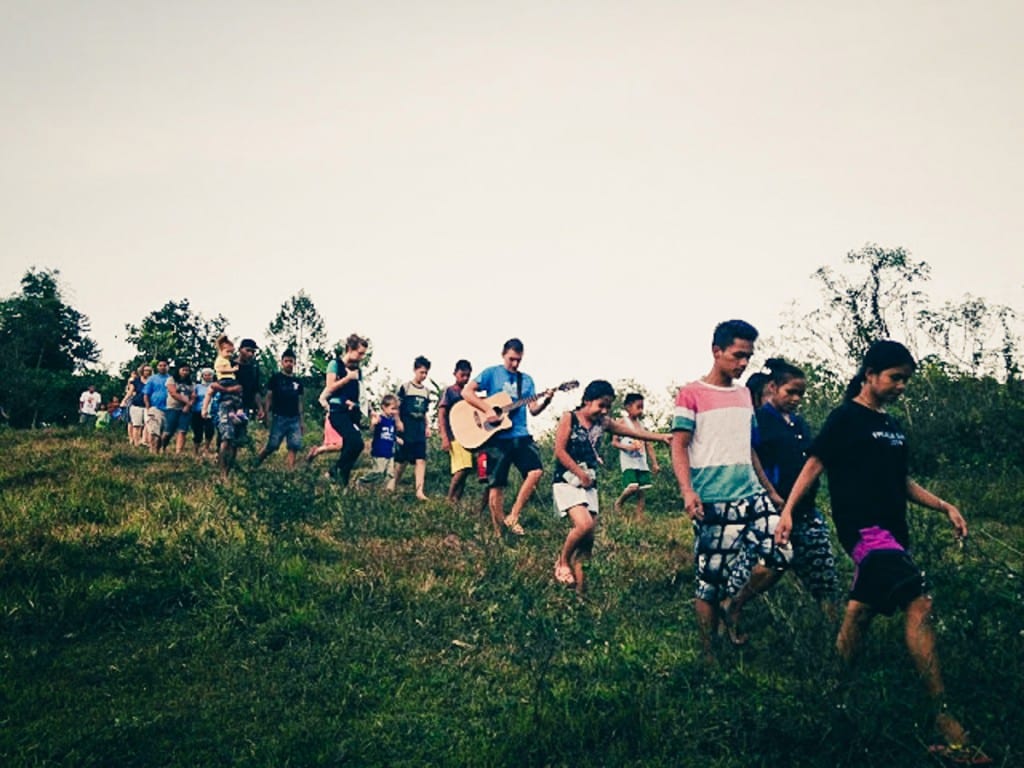 A couple of years ago we caught the notion that praying, singing, and walking in circles around a village could make walls of sin and oppression come crashing down; that a miracle from the Old Testament could happen in modern-day Isla Bonita and prayer and faith could free men and their families from the evils of alcohol addiction. God was faithful! We decided to call upon that faithfulness in a special way again this year. This time, we begged for God’s mercy and healing and prayed against depression, hopelessness, and suicide. We hiked, we sang, we prayed. Many joined us along the way. Our God will have the victory!

It’s been some time now since the Jericho March ended. We’ve scrubbed off the dirt and our muscles are no longer sore, but one thing still remains and continues to grow: the fruit borne by a week of sacrifice and prayer for Isla Bonita!

“We begged for God’s mercy and healing and prayed against depression, hopelessness, and suicide.”

The last day of the march was so epic. A visiting priest celebrated Mass as the march began: seven times around Isla Bonita praying, singing, laughing, and building up the Body of Christ! Oh yeah… and getting a workout too. And getting soaking wet and super muddy because it RAINED! Usually Filipinos avoid going out in the rain at all costs, but that day, no one was deterred. The marchers were out in full force, the Spirit was so present, and come rain and mud and steep hills and tired legs, we were doing this thing together, for the Lord and for each other. It was one of the most unforgettable days of my missionary life!

I love the foolishness of God! I mean, a hundred or so people walked in circles around a tiny village in the Philippines praying and singing for an entire week – what is that?! The world says it’s foolish! Pointless, at best. But with God, it’s powerful!

The joy was contagious. Rivalries and quarrels were put aside as neighbors walked and prayed side by side, even huddled under the same umbrella. Friendships were formed, because even in a small place like Isla Bonita it’s still possible to not know your neighbors. 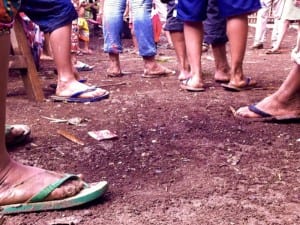 “Come rain and mud and steep hills and tired legs, we were doing this thing together, for the Lord and for each other.”

The taboo but oh-so-important issues of depression and suicide were brought out from the darkness into the light of Christ, the light where conversation and understanding and change happen. The light where healing happens!

At our Bible study we opened the floor for testimonies about the march. It was incredible to hear about how God had been working all week! Many opened up for the first time about their struggles with depression and suicidal thoughts. Some had even attempted suicide and been caught by a family member or neighbor before it was too late. There were tears, but they were cried by friends who know they are no longer suffering alone. Friends who know that someone cares and that there is hope! One young man in particular whose family was recently affected by suicide shared how participating in the march filled him with hope, happiness, and a desire to give his life to God. He implored everyone at the Bible study to continue to be there for one another and pray for each other, so that suicide wouldn’t happen again in their community.

Thank you for praying for the Jericho March and for supporting our mission. JESUS will have the victory! 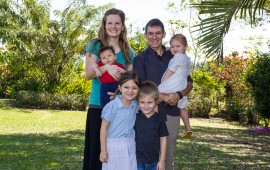 Lindsey and Sammy Romero and their four children have served in the Philippines since 2012.
romerofamily.fmcmissions.com
Blog: romerosonmission.com

Social
« Reymark
A Follower in Asia »