How Kids See the World 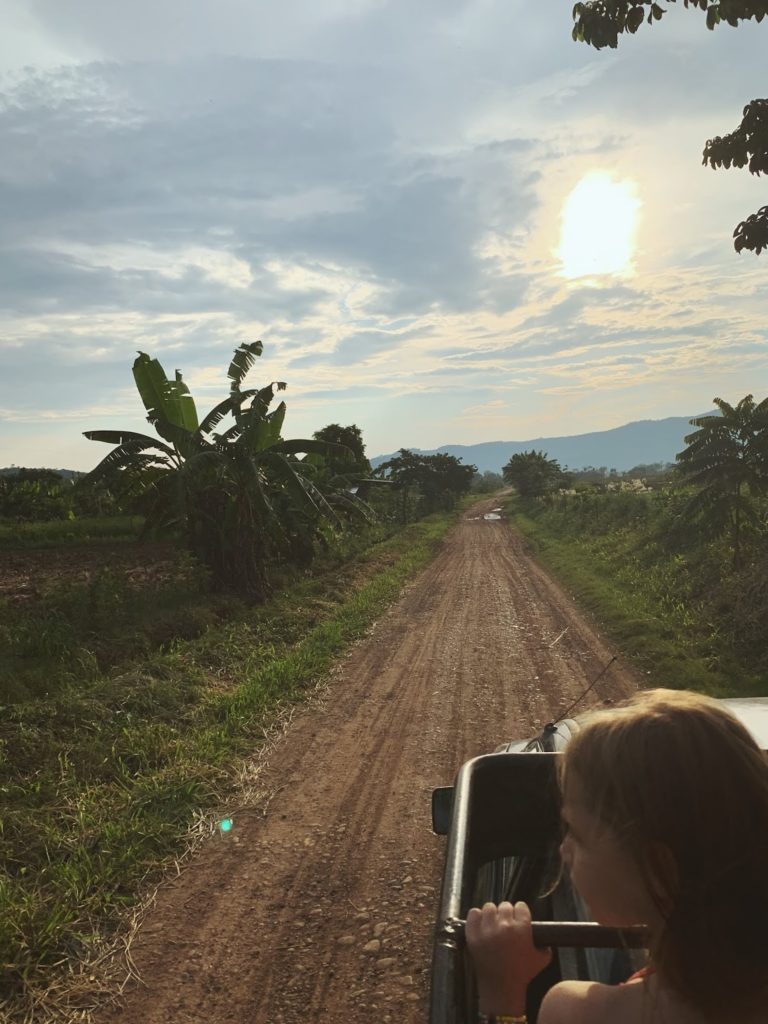 How Kids See the World

Do you have childhood memories of a special place that was so beautiful or even magical to you? Have you ever gone back as an adult and seen that place again with your adult eyes and wondered how in the world you ever saw that place as beautiful or magical? It might be a rickety tree house or an old, rusty boat… What is it that changes how we see things as we grow up?

One week, as we were getting ready to leave a poorer part of Picota after dropping food off for a family, our seven-year-old wanted to point out some things she thought were so beautiful there – primarily a coconut tree and the river. She said she wished WE could live in that neighborhood and asked if we could stay there for the night. Her excitement and joy made me smile, especially when I looked at the same place she was seeing but with different eyes. The river and coconut tree were pretty but having seen them a ton of times this year, they didn’t stand out as anything super special to me. Besides that, I also was thankful that we did NOT live in that neighborhood as we would be living in a mud house with dirt floors.

The beauty that she delighted in in that poor part of town was something I couldn’t see with my “adult eyes.”

Her comment reminded me of something that our six-year-old said about a house that we ate breakfast at each week this summer while helping with a three-week long mission trip. During one of our last visits to the house she said to me, “I love this house!” We were in the kitchen/dining room area at the time, which seemed to be put together as an afterthought. It had a rough concrete floor and walls made out of mud or tin. I asked her what she loved about the house and she couldn’t articulate what it was but just that she loved it. I wondered if she loved the house because of all the missionaries that filled it in the mornings and that she loved the time we had spent with them. Or I thought maybe it was that she could walk right outside (where the wall ended) into a small “yard” and play after she finished eating. Whatever it was, her comment gave me such joy because looking at the space with its poor and lowly construction, it wasn’t a house to love because of its comfort or beauty. She was seeing something I didn’t.

One of the most beautiful things of being on mission with a family of young children is getting these moments of seeing the world through their eyes.

Currently, we’re in a large port city off the Amazon River called Iquitos. The poor here live quite differently than the poor in our area of Picota. One of the poorest areas that we’ve been visiting often is called Belén. I just learned that Belén is the Spanish word for Bethlehem. That realization was so profound to me because we have encountered Jesus in His poor and lowly stable every time we’ve gone to this Bethlehem. The warm and welcoming people there live in wooden structures that are on stilts off the ground to keep their houses dry during the six months out of the year when the river rises as much as 30 to 40 feet. They live perpetually among filth: raw sewage and waste mixed with trash. It sounds like an awful place by that description, but the kids don’t see any of the garbage or destitution. They only see friendly kids to play with and a pretty river. We were invited into one family’s home and they thought it was awesome, like living in a tree house. Some of the kids have said they wish that we could live there. This past weekend we went to Mass there and during it our three-year old said to Robert, “Daddy, is this heaven?”

By the grace of God, even our “adult eyes” can be changed and healed to see the world more like children, and more like Jesus sees it.

“[Jesus] took the blind man by the hand and led him outside the village. Putting spittle on his eyes he laid hands on him and asked, ‘Do you see anything?’ Looking up he replied, ‘I see people looking like trees and walking.’ Then he laid hands on his eyes a second time and he saw clearly; his sight was restored and he could see everything distinctly.” (Mark 8:23-25)

Jesus, come and take us by the hand and lead us outside of ourselves. Lay your healing hands on our eyes so that we may see clearly and distinctly. Help us to see Your forgotten people. Your shunned and avoided people. Help us to see the poor, who are the specific people You said You came to bring glad tidings to! Restore our childlike sight that allows us to not be afraid of going into the muck and filth where we find Your people, whether that be actual, physical filth or the spiritual/mental/emotional muck of addiction, oppression, mortal sin, etc. Give us the eyes of a child so that we hardly even notice the dirty and smelly stable but only see and marvel at the Person inside of it. 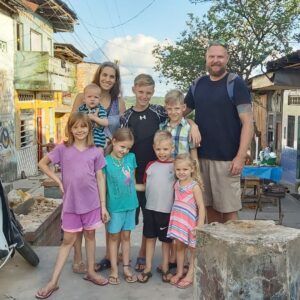 Social
« Anything But Ordinary
Visiting Homes in Kenya »