Daniel & the God of Second Chances 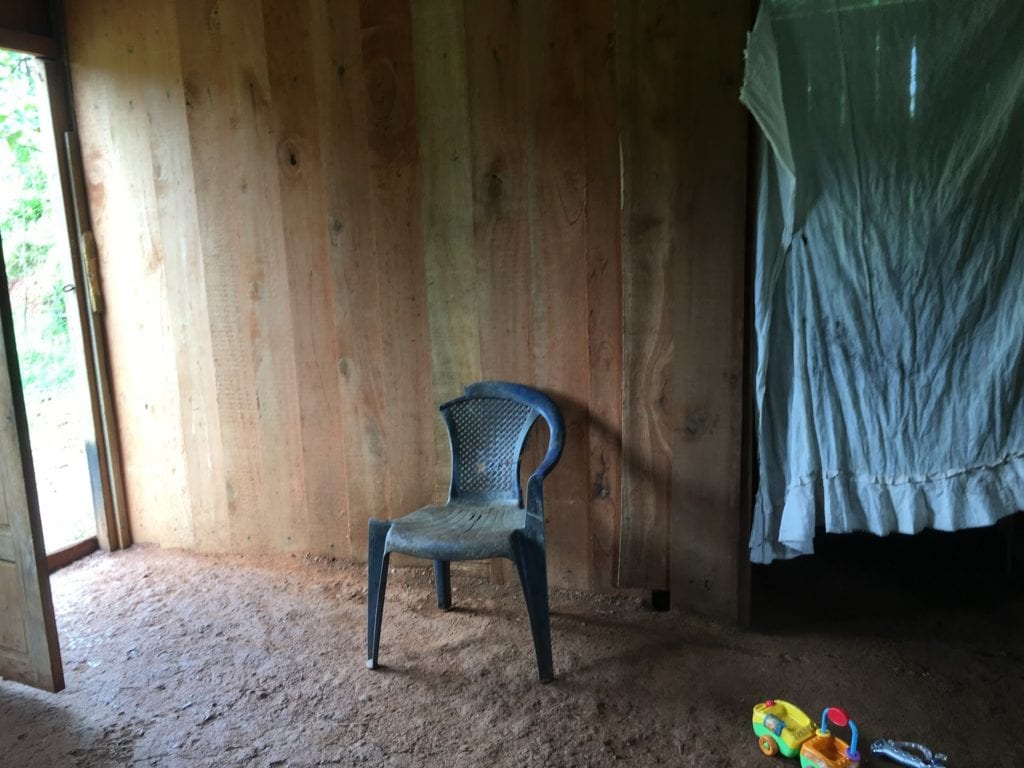 Daniel & the God of Second Chances

Jesus has so much to say regarding the poor, and has a deep love and even preference for them. In Matthew 25, he boldly tells us we will be held accountable in how we treat them. In Luke 7: 22-23, He also tells us that the Good News must be preached to the poor (emphasis mine).

Not long after we moved into Coopevega, I encountered the local pack of drunk men who were always wandering the streets. Daniel seemed to be the ring leader. He was a known borracho (drunk) in our small town. “Don’t help him, we have all been burned by Daniel!” they would warn me as they saw me speaking with him. Daniel’s story was no different than most people with a drinking or drug problem. He had burned basically every bridge and opportunity he had. His family wouldn’t let him back inside their home because he was always drunk or high; He couldn’t keep steady employment because employment is sparse here and he is often drinking.

But when he is sober he is a different guy. His thoughts are lucid and his heart is huge. He used to work in tourism along Costa Rica’s coast so he has some great social skills and can speak some English and French. When we met we seemed to hit it off. He always seemed to find me and always seemed to be hungry. So, we started to feed him. He would just come over hungry, almost always after he drank his earnings away and had slept in the graveyard or a mountain for the night. He had no home, car, or anything really. He had this book sack he would carry around with him and that’s all. He wore the crosses we gave him, my old t-shirts, and a nice pair of Nikes he somehow convinced me to give him. Daniel was always speaking of his desire to kick his addiction, at this stage of his life it was manifested most in alcohol. He knew it was a real demon and he longed to be freed from it. Often, I despised when he came over because it was the same thing over and over again. “Give me some food please; I’m drunk again; I have no place to live; Please pray with me to change.” But this was Jesus. Daniel was Jesus at my doorstep: I just had to have the eyes to see him.

But how should we serve the poor?
I don’t know about you but I am tired of hearing from people other than Jesus about how I should treat people like Daniel. “Don’t give him anything; he doesn’t deserve it.” “Its best that you don’t feed him or else he will keep coming back into our neighborhood.” “You have better things to do than talk to drunk men.” Jesus never said these things about the poor. I think in our imaginations we believe that the poor Jesus is referring to are these perfect, unfortunate humans who by some horrible twist of fate have become poor, but they happen to be as sweet as our grandmother and as sanitized as a new born baby in a hospital. That’s never the case. The poor are dirty, they often stink, and they are most times more than inconvenient. If we reach out to the poor they will drain us of our time, they will take advantage of our talents, and they will convince us to spend our money on them. And that’s OK. How else are we to embrace them as Jesus is calling us to do?

I also believe we need to change our approach with how we treat the poor. Sure, it is good and holy to want to better their situation in life, but sometimes all Jesus is asking us to do is to serve them in that moment. We are usually not called to “fix” their life. God can do that. The clear majority of the time we are not being called to changed their economic well-being or their financial status: We are just called to love them and loving them often means simply responding to their most immediate need. Is this not the heart of Matthew 25? Feed me, clothe me, visit me. How hard can that be? But too often we ask, “Well, does he really need this food or clothes or is he taking advantage of me?” Who cares! Jesus just asks for us to do these things, not necessarily to fully understand them. But we must be convinced that Jesus is in the poor and that is hard. I challenge myself to re-read Matthew 25 often because, now that I am away from my nice neighborhood in America, the poor are all around and they are always asking for something.

Finally, a second chance
One day when Daniel had been sober and reading his Bible for about a month he expressed to me how bad he wanted to sleep inside a house. He had been working hard and wanted to find a place to rent and he wanted to know if I would help him find a place. “For sure, Daniel! Anything for my brother.” L— and I even thought we would pay his first month’s rent. We live in an extremely small town so our options were very limited, especially since he had burned just about every landlord in town.

Our plan was for him to stay in my van and I would get out and ask each landlord if I could rent the place. I emphasized to Daniel how important it was for him to remain in the van at least while I got the conversation going. One by one each landlord seemed eager to rent to me. “Yes, the house is available, but how will your entire family fit into this small house?” and that’s when I would bring up my man Daniel. “Well you see I am renting the place for a dear friend of mine,” I would say. “Oh, that’s so kind of you,” they would respond. To which I would respond, “Well let me go and get him; he’s in the van.” And out would pop Daniel with a smile like he was in some gameshow behind a curtain. Turns out our plan was a bit short-sighted as one by one each landlord turned us down. Daniel chuckled at our first denial, explaining to the lady how he had been sober for almost a month and that he had been reading his Bible and wanted to changed. He frowned at our next denial, and then was in tears by the third one. Real, grown man tears. He knew he had wasted his life and burned bridges. He knew people in town were afraid of him, but his heart still hurt.

We were both determined and eventually I convinced a sweet lady with doubt in her eyes to let us rent from him. She warned me how this would end and I assured her that I agreed it would probably end with me paying his last month’s rent and repairing some damages he would make along the way. I simply begged her to take a chance on Daniel because he was worth it. Even if this was his 15th chance. He was still worth it right?

I think sometimes we view the poor and needy as people who are only warranted one chance, but we would give ourselves 15 chances in one day. If Jesus is truly the poor people at our feet then we must give Him all the chances He asks us to give Him. We have to live and love the poor like our chance with them is the only one they have. I was naked and you clothed me, ill and you cared for me, in prison and you visited me.

A grand celebration
We did it big for Daniel’s move in. He was so proud when his landlord handed him the keys. He actually gave me a copy and told me this was our place. I almost teared up at his excitement and hospitality. I thought for about thirty seconds how insane it would have been to live with Daniel even for just a week, but declined his offer telling him that this was his place and he was to be responsible and care for the place like it was his own. Plus, my wife expected me to live with her. We took a picture with him holding the keys that I will forever cherish in my memory. Behind his second or third-hand Hooters t-shirt and my Nike shoes was an enormous smile and sense of pride that I will always remember. He had been given an opportunity. He had been treated like a human being, with dignity. It was a thing of beauty.

All his friends were stoked that he finally had his own place and he told them that no one was to drink in his home and that it would be a sacred place. He came over to my house the next day and asked if we could start an AA meeting in his (“our” as he kept saying) new living room. He said we could read the Bible and pray with one another and all his borracho friends for strength to overcome their disease. I was floored and humbled. The next night we met and there were close to twenty people there. I cooked a meal and Daniel welcomed everyone in. We prayed over one another, we ate, and read the Bible. Real men shed real man tears as they confessed how far they had fallen from grace but how much they longed to change. The poor and unwanted of this small town gathered around one another and cared for one another. They saw Christ in one another. It was beautiful.