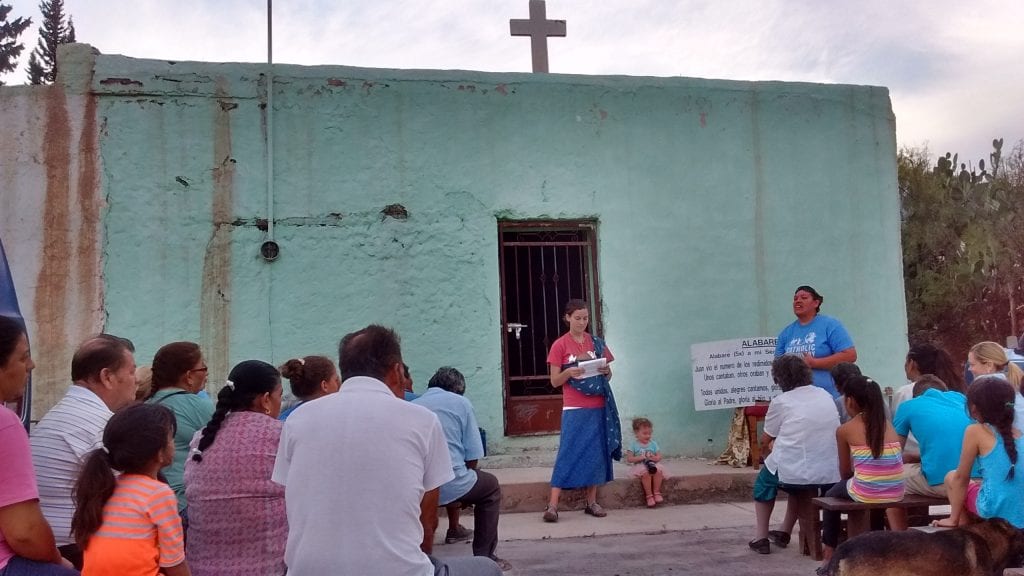 Language barriers. They are a real thing. But how badly do we need language school really? It has been decades since my first epic language mistake on that mission trip in college. After mixing up a couple of similar sounding words and topping it off with a false cognate for the win, it can’t get much worse, right?

We have been calling General Cepeda home now for a while, but we are only now getting to spend a couple of weeks in language school. Most new missionaries hit language school right out of the gate before arriving at their post, but that wasn’t the plan the Lord had for us. We spent three weeks here in November, one month in February, and have logged another three and an half months here since Rebekah was born. After a grand total of easily five months immersed in the land of sombreros and fiestas, how badly do we really need language school?

When we first got here, I remember feeling completely lost. Without realizing it I developed a habit of using the two phrases that came the most easily: si and muy bien. Too often I would use those phrases to express that I understood, not that I agreed. I have seen it in the states in the past: picture a sweet Asian man clearly not understanding a word you say but smiling and nodding as you speak, saying, “Yes, Yes, very good.” That. Is. Me. I say, “Si, muy bien” because I agree, or because I understand and I am excited about it, or because I have no idea what is being said and I just want to keep the “conversation” moving along.

There have been more than a few linguistic train wrecks here. I will just share a few of them. In February, I went to the bakery to get bread for a dinner we were having with two other missionary families. The bread wasn’t ready when I got there, so Elijah, Naomi, and I hung out at the bakery for over 45 minutes waiting with another woman and her little boy. The whole time I wasn’t sure if the bread was actually still baking, or if we were just being exceptionally social and would leave without bread. The baker, Sarita, explained what was happening but I just had no idea what she said. Amazingly, we did eventually get bread. It took so long that as I left the bakery I met up with my husband Josh along with the husbands from the other two families. The three of them were walking like they were on a serious mission. Ends up they got worried and had come to save us.

Another time I went to the market to buy new jugs of water. I rehearsed in my head while I waited in line: “Seis garrafones de agua, por favor,” and “Los retornables est en el trucko.” So when I got to the register I was able to communicate that I wanted six jugs. But she asked a question – it could have been as simple as, “Do you need help carrying them to the car?” – but I couldn’t understand. She tried a few times it didn’t work. We were both laughing, both confused, and I left the store without buying water.

Both those things happened early in our adventures here. Someone recently said to me, “You have been there a few months, you are pretty much fluent by now, right?” Mmmmhmmm…

Just a couple of weeks ago I needed to buy some screws and nails from the hardware store for a toddler sized bed I was making. I went to Javier’s on the corner and with the help of Google translate I was going to get what I needed. Any vocabulary outside of normal ministry stuff is completely lost on me. How hard could it be, right? Here is a loose translation of our conversation….

Me: Hello Javier, how are you?
Javier: Very good, thanks be to God. [He had an amused smile on his face; he must have been remembering the time I went in trying to ask for sand bags…]
Me: Do you have some screws?
Javier: Yes, [and a question with a bunch of words I didn’t understand].
Me: I need screws, for wood.
Javier: Yes [more questions I still don’t understand, slightly louder].
Me: I have wood, I need some screws. For wood. [Also unintentionally louder, because that helps.]
Javier: Yes [insert more words, and some hand motions that show he is wondering what size].
Me: Oh, yes! This. [Motioning as to the length]
Javier: Good. One moment. [He goes and gets one.] This? How many?
Me: [Thrilled I understand, I throw out a number. Not really a thought-out number. I didn’t actually count how many I needed ahead of time, I assumed I would just buy a package. And I am horrible at numbers in Spanish when I am on the spot. So I threw out a number. He came back with what looked like enough for the job, so feeling foolishly victorious I moved on to my next request. I consult Google translate.] Can I have some nails too please?
Javier: [Repeats the word I used. Looks at me confused.]
Me: [Reconsult Google translate, realize I used the word for fingernail, not construction nails. I correct myself.] Nails. For hammers. For wood.
Javier: [Laughing at this point, grabs a handful of nails. Throws them in the bag.]

In retrospect, that conversation could have gone so much worse…but I think language school is still a good idea.

Those humbling experiences aside, there have been many other times when (by the grace of God) I have actually been able to communicate. One time in particular that stands out to me was when a woman named Laticia came to the house to join us for prayer and adoration. When she was finished with her personal prayer and was getting ready to leave, I stopped her to talk a bit and pray with her. Somehow, we were able to have a 20-minute conversation. I was able to understand her prayer intentions, and I was able to minister to her in Spanish as easily as I would have in English. I can only chalk those experiences up to the Holy Spirit.

I know that as long as we are doing our best the Lord will fill in what we are lacking in language where He needs. But outside of those instances He keeps me humble. So yes, we need language school. I am ready to not sound like a two-year-old when I speak. But I imagine the rest of General Cepeda will still get plenty of comic relief at my expense. 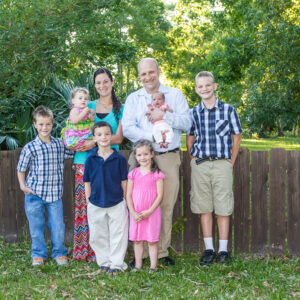 Social
« Loving a thief in Peru
The Smiling Face of Suffering »