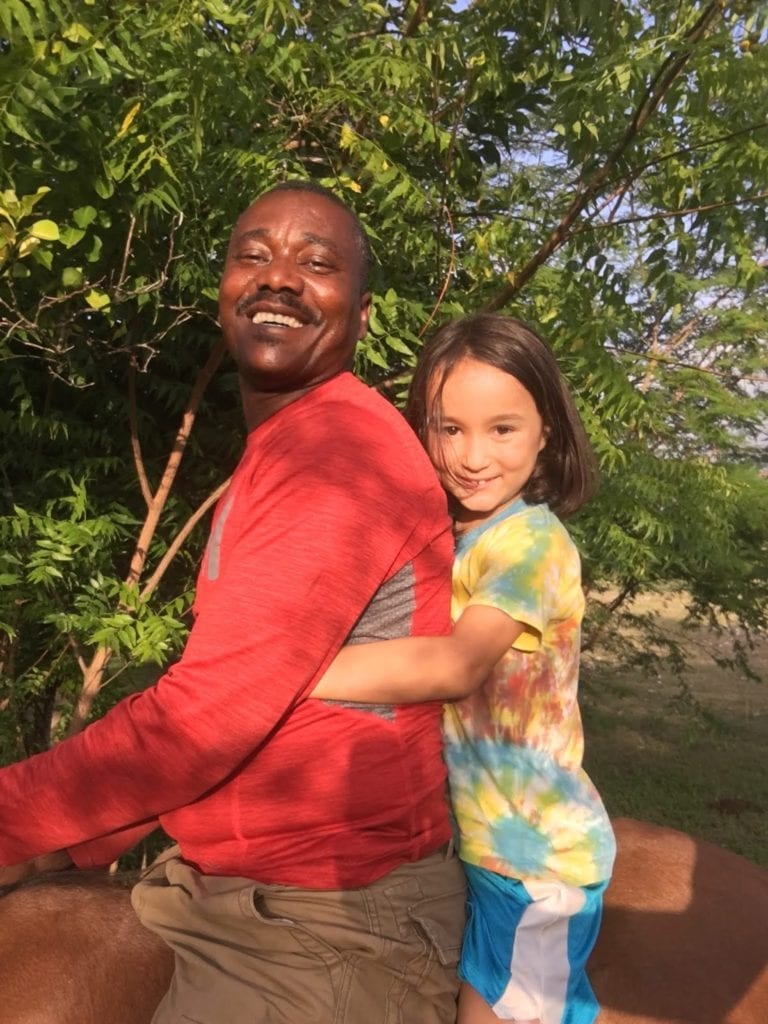 This life in Haiti is one of extremes. One moment rain is pouring down in sheets and the next, the sun comes out and scorches the earth dry again.

For much of our time here we have struggled with acquiring enough food to feed our family. During our first weeks we could scarcely find food. And when I prepared a simple meal of rice or oatmeal, I would make too little and our hunger pangs were not satiated. Then, having a better grasp on where and how to buy food at the market, we would purchase more than we could eat before it would rot. With the combination of no refrigeration and the high heat and humidity, we have to eat produce within a day or two. When our cook Sonja arrived, she prepared enough food to feed a small army. Without any way to keep leftovers, once again we were throwing away spoiled food.

Last weekend the community Land Cruiser arrived – 10 months after it had been paid for and ordered. After mass on Sunday we took it to Aquin with our fellow missionaries. It is a town that is right on the other side of the mountain from us, a mere 8 miles away. And yet it takes at least an hour to get there. We bump and jostle slowly up and down rocky mountain passes.

Our first stop in Aquin was to refill the propane tank for our cookstove. We were thankful that it had lasted us more than a month! Directly across the street was our second stop, a convenience store with an assortment of single serving ice cream tubs. Each of us picked out one and relished the cold treat. While we were there we bought penne pasta, raisins, Pringles, lemonade mix, and M&M’s. Small luxuries we can’t find in our town. The final stop for the day was a restaurant with a private beach and our first encounter with real wi-fi. The girls jumped in the waves with our teammate Teresa while I stayed with Daniel along the shoreline.

On Thursday a middle-aged man passing by the front of our house stopped to chat. He spoke in English and was quick to share that he also spoke Spanish, Portuguese, French, and of course his native Haitian Creole. His name is Luciens, but he said we could call him Lu.

With a broad smile, Lu noticed our children and asked how we feed them all. Before we knew it, he was inviting us to see his garden. That night at 6 p.m. he pulled up with a large van. We piled in and drove down to the river. On the way he told stories about the history of L’Asile and the caves we had explored a few weeks ago. The caves are called Holy Holes because of their history of sheltering the slaves before they were granted freedom.

Lu called his land a garden, but it is an expansive farm and orchard. We followed him as he pointed out corn, elephant root, avocado, banana, coconut, plantain, bread fruit, mango, and orange trees. He explained that there are different varieties of mango and then quizzed us on which kind each tree had. Lu showed us the best way to eat a wire mango. You squeeze it instead of peeling it. Then when you open a small hole in the skin, the juice pours right out. Mallory says its like a mango go-gurt. Lu filled up a large bag with a sampling of all his mangoes for us to take home.

While one of his workers climbed a tall bread fruit tree to harvest some for us, Lu showed us his pond with tilapia. Before we could leave, Lu used his machete to dig for some elephant root and again to slice down a stalk of bananas. As dusk was falling, Lu drove us back home and we exchanged phone numbers. Our pantry couldn’t hold all the produce he gifted us. The next day our cook made a hearty soup with some of the food from Lu’s garden.

A few nights later Lu sent us a message while he was in Miami with his family. He is married and has three boys and two girls, the eldest is 13 and the youngest is the same age as Daniel. He sent us photos of his family and then asked us to send a photo of ours so he could show his children. Now his children are asking to come on vacation in L’Asile so they can meet us.

This swing from scarcity to plenty to scarcity is constant and ever present. I have this persistent feeling that Luciens walked by our home several weeks ago and called out a jovial greeting. But that afternoon I was worn out from the heat and weak from poor nutrition. I remember I didn’t even acknowledge him.

Praise God for fresh pineapple and coconut that reinvigorate our bodies.

Praise God for preparing my heart to encounter my brother Luciens and accept his invitation to spend time with him. 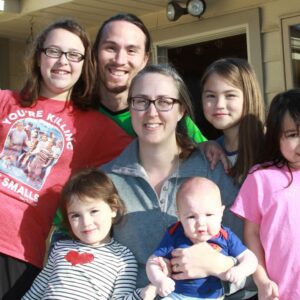