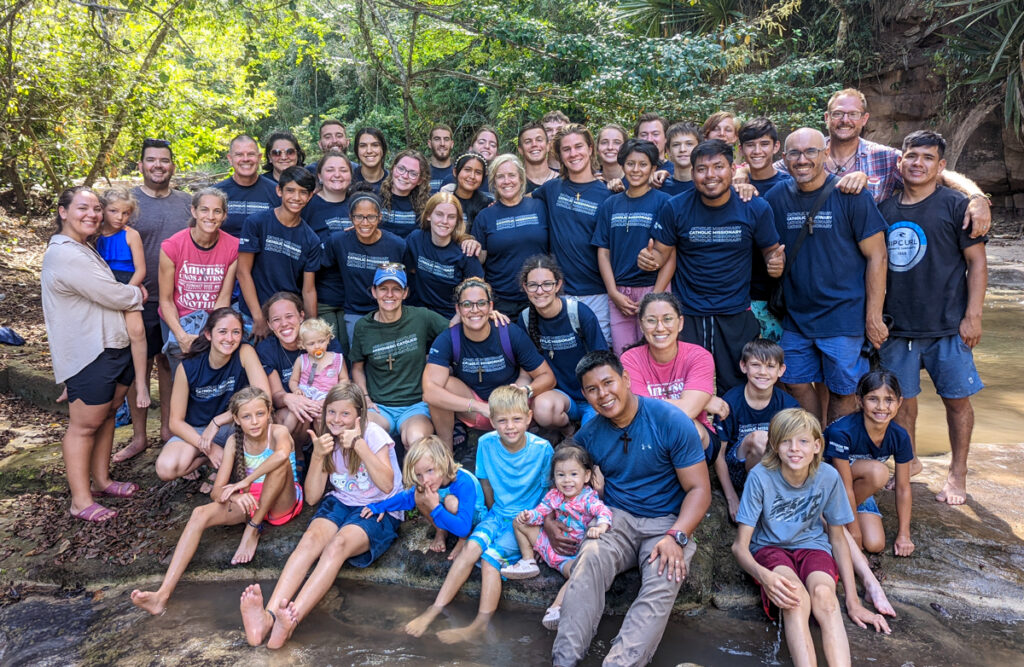 On July 6, a group from the US flew into Peru for an FMC mission trip. The long journey took them from Boston and a few other cities, to Lima, to Tarapoto, then to the region of Picota in the northern part of the country.

The 24 mission trip participants—families, individuals, and a priest—were greeted at the tiny Tarapoto airport by a group of full-time missionaries serving in Peru. They piled themselves and their luggage into vehicles and traveled through the winding mountain roads to the Centro Pastoral. This is where they would be staying for the next several days.

The group began each day with prayer and praise and carved out time each day for sharing testimonies with one another.

Having a priest on the trip, the missionaries were able to bring the Sacraments to a number of villages, including one that hadn’t had Mass celebrated in their chapel in over a year!

The trip participants, full-time missionaries, and local volunteers labored together to lay concrete floors in two homes and to beautify a chapel with a new coat of paint. They held prayer services in two pueblos, and did many home visits, talking with the locals and praying with them for their needs and intentions.

The participants encountered the poor in new ways, grew in their relationship with the Lord, and formed new friendships. It’s hard to go away from an experience like this one unchanged. David, a husband and father who went on the trip with his family, shares his thoughts:

“I was convicted of my need for more prayer and community, and our call to be missionaries (in Florida right now, but who knows what the Lord has for our future). [It was] such a gift to have the time for prayer and faith sharing, Mass and quiet reflection/adoration every day. My children were praying when we were at a hotel waiting to fly out. They have been changed. My wife and I are thrilled.”

If you’re interested in encountering God in the poor and growing in your relationship with him on a week-long mission trip with FMC, reach out to learn more.