Avoiding Eye Contact & Other Ways to Kill Your Soul 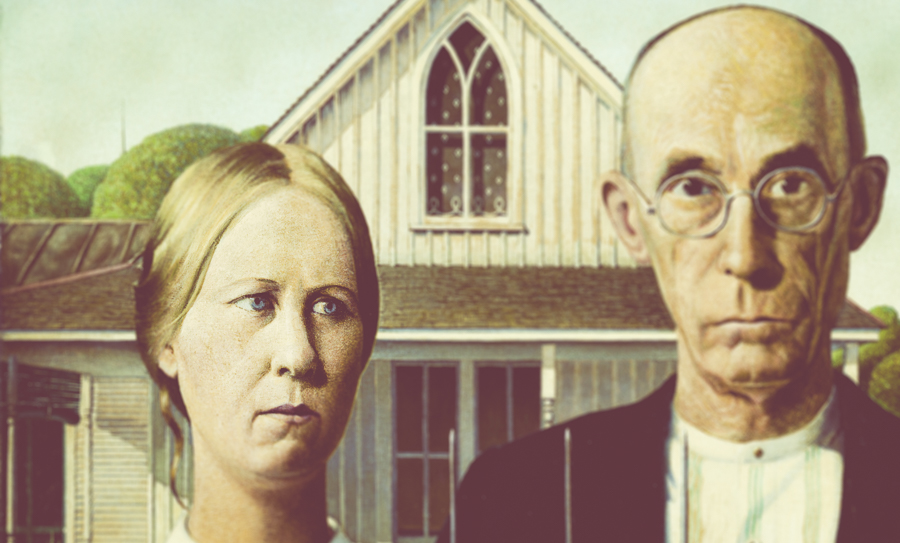 Are you a good person? Yeah, me too. I’m basically a good person. Aren’t we all? Most people think of themselves as good, their particular sins somewhat excusable and insignificant, while everyone else’s are shocking and reprehensible.

But in my walk with Christ, I have learned a life-changing truth. And that is that each of us is capable of becoming either a monster or a saint by the little choices we make each day. God created us good, but He put in our hands this powerful tool or weapon — free will, by means of which we can either disfigure ourselves, or place ourselves back in the hands of our Creator who transforms, shapes, and moulds us into the masterpieces we were meant to be.

“If only there were evil people somewhere insidiously committing evil deeds, and it were necessary only to separate them from the rest of us and destroy them. But the line separating good and evil cuts through the heart of every human being,” says Aleksandr Solzhenitsyn.

There are so many ways we can slowly consume the poison that eventually kills our souls. The little lies and insincerities that become second nature, the glib excuses for our apathy and lack of involvement with the poor, the hours of mindless entertainment that become indispensable, the compromises with the truth, the comforts that we swathe ourselves in until we feel nothing anymore. But today I want to address a lesser talked about way to kill your soul — avoiding eye contact with people you don’t like.

I grew up in a huge Catholic parish, surrounded by all the “good church people.” You know, the ones who fill the parish committees, run the Sunday school, the parish events, the prayer groups, the church office, etc. My family was very involved with the parish, and then eventually with a lay Catholic charismatic community. I was in the youth group, the youth choir, and helped run summer clubs and youth events.

As an awkward teenager becoming aware of the world around me, I began to notice something that everyone in any parish probably knows — that church parishes are not immune from division, from slander, from enmity, and from people falling into an “us vs. them” mentality. Shocker, I know. But how did this play out? Usually it just meant that I could see a certain coldness from certain people in the parish. When we passed each other, they would get really busy talking to someone else. Their eyes would slide over me when groups of people socialized after Mass. I realized that people who didn’t like my family (or didn’t approve of their choices), also didn’t like me. I heard secondhand of people who had talked about us. So what did I do? I shrugged and said, “Fine, if you don’t like me, I don’t like you.” I would also look the other way, present my polite but insincere smile when I had to, and was quite content with the way things were, because I had plenty of people I DID like, and who liked me. Our parish was big enough to avoid people without it being noticeable.

But when I turned 24, I left my hometown to be trained and serve as a full-time volunteer. One day, as I was far from home, I read the Gospel of the day. It was the one about loving your enemies:

“You have heard that it was said, ‘You shall love your neighbor and hate your enemy.’ But I say to you, Love your enemies and pray for those who persecute you, so that you may be children of your Father in heaven; for he makes his sun rise on the evil and on the good, and sends rain on the righteous and on the unrighteous. For if you love those who love you, what reward do you have? Do not even the tax-collectors do the same? And if you greet only your brothers and sisters, what more are you doing than others? Do not even the Gentiles do the same?” Matthew 5: 43-47 [NRSV]

For the first time, those words hit home. These divisions were a little way that Satan had a foothold in our parish, and I, like a fool, had not put up much of a resistance. How could I love God who I had not seen, if I could not love my neighbor who I had? What real difference did my relationship with God have if I had closed my heart to my brothers and sisters? I asked God’s pardon, and resolved to do better when I got back home.

Little did I know I would get a good chance to put that resolve to the test when I returned. I landed up serving in my parish, spending most of my Sunday mornings running a program, and often there for extra meetings. (Who knew that serving God involved so many meetings?) During that time, I came back with fresh eyes, and a better perspective. But the people I left remained the same. It began to happen again. Certain people just wouldn’t meet my eye.

But this time I responded differently. I refused to play that game. I pulled a God — I persistently refused to give up on them. Every single time I saw them would smile brightly, look directly at them and say loudly, “Good morning!” It’s a little harder to ignore someone when they do that. There was one particular person who would somehow get afflicted with blindness when I was around. Even if I was the only person within eyesight, he would ride past me apparently without noticing me. And still I would call out, or look directly, smile and nod. What an idiot I felt like sometimes. But I was convinced that I had to overcome evil with good. I tried to see each person as a good, if flawed, human being who had their blind spots as I had mine. I tried to forgive those who I knew had spoken against my parents.

And the crazy thing is, it worked! Slowly, people began to nod back, at first reluctantly, and eventually with real warmth. That’s when I realized that they too had been deceived. They had thought that I was the enemy, that I was the “other,” that I didn’t like them. But with that persistent love, they couldn’t buy into that lie anymore. They had visible proof that I was trying, that I was open to them. And their souls, which were made for love, responded!

Too many of us allow these subtle lies to control us. A small misunderstanding can turn into bitterness and judgment. Little by little, our hearts start hardening, and we start turning into uglier versions of ourselves. Resentful, angry, bitter people don’t start out that way. Bitterness grows. But there is still a chance for freedom. It starts with a dash of honesty, where we ask ourselves, “Is there someone I am avoiding, someone whose eye I refuse to meet?” No rationalizations or excuses. Add to that some humility, as we beg God, “Give me some of that unconditional love, Lord, because you know I’ve got nothing but judgment in here.” Top that with one small effort, one small decision — “The next time I see that person, I WILL smile no matter what it costs me.” And slowly the transformation has begun. The venom is being extracted from our souls, and we may yet live.

Disclaimer: This does not mean that you need to seek out someone who is deliberately trying to cause you harm, or trust someone who has proved themselves untrustworthy. Yet, you can still love, will the good of, pray for, refrain from gossiping about, and show kindness to even the worst and most malicious of enemies.