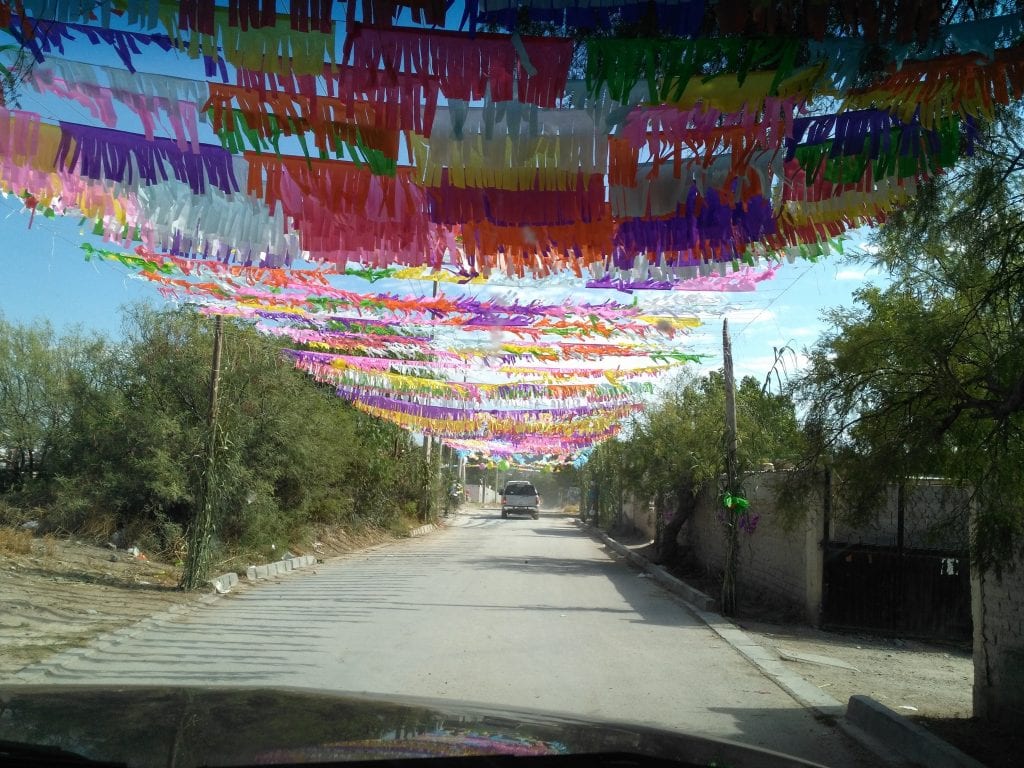 “Give, and it will be given to you. Good measure, pressed down, shaken together, running over, will be put into your lap. For with the measure you use it will be measured back to you.” – Luke 6:38

It is so good to be back in General Cepeda! A month or so ago our family was invited to help staff a number of short-term mission trips down here. We were thrilled at the opportunity to revisit a place that has meant so much for our family. We spent our first year of missions in General Cepeda and we were eager to return and help others encounter the beautiful people who call it home.

God has reminded us of His faithfulness and generosity continually during this first week. I wanted to tell you all two stories of how God provided for us already. The first story is about the generosity we have encountered everyday in our fellow missionaries and the poor. I am constantly challenged how willing the poor are to give to us from their need. I pray God would open my heart to be more generous with all He has blessed me with.

Last Thursday, we headed down with another family, the Gehls, for a five week stay here in the Casa de Misiones. On the way down, we stopped for the night in Eagle Pass, TX and met up with another missionary, Jason Healy, who would be leading the trips. On Friday, we began the adventure crossing the border and having breakfast with some of our fellow FMC missionaries just across the border in the town of Allende.

After breakfast, we headed over to the visa office in Allende to get our visas and the permit for the FMC van we drove down in. I still remember sitting in the visa office remarking that God was so good. The crossing was going so smoothly! We would be back in General Cepeda in a few hours, maybe before dinner. And yet God in His goodness had other plans.

As we handed over the paperwork to get the van into the country, the woman at the counter said she needed to go out and inspect the VIN number. We went out together and she took a few pictures. Once we were back inside she let us know that our van was too heavy to be let into the country at this time. She pointed to law from 2016 taped up on the window. We could possibly get permission from the border patrol to enter, but would need to backtrack 30 minutes or so to the Piedras Negras Border Crossing. We spent the next hour or so finishing up the rest of our paperwork before we had to decide what to do. I was so blessed by the generosity of our FMC community. The Gehls and Jason didn’t want us to go back alone. Even though the Gehls have a newborn and five other children and it was hot and we had been driving for hours, they still cheerfully suggested that we all stick together. It was such a blessing to travel in a group. We drove all the way back to Piedras Negras and wandered about trying to find someone who could help us. In the end we were told we could not get the vehicle into the country until June 12th! I was a bit crestfallen, but the others kept on encouraging. It was such a blessing.

We headed back to Allende and met up with the Garza family, a Mexican family who were FMC missionaries there. They have seven children and are quite poor. I have been astounded at their willingness to give their all for Jesus. We had notified them of our coming and told them we wanted to see them on the way down.

Originally we planned to stop by for an hour or so after breakfast. They have so very little and we had 17 people in our caravan. These beautiful poor missionaries said not to think of eating out: they would be providing a full breakfast for us. We were so astonished at their generosity. This was the same generosity I had marveled at long ago during our first year spent here. The poor’s generosity seems to know no boundaries. They gave us so much food. Good food. They humbly waited on us and made sure we were well fed. As we headed back to their house from Piedras Negras, we wondered if they would let us leave the van at their house and we could take a bus to General Cepeda or try and squeeze into the other two vehicles. They astonished us again. As we pulled up, they had just finished washing their own vehicle. When they heard our plight they immediately offered us their only family vehicle with joy. We felt the normal reluctance at accepting their gift, at putting them out, etc. They cheerfully offered us their most expensive possession without hesitation. “We can use your van in an emergency,” Tonio said. He also mentioned there was a small car he could use for ministry. I was so blessed and overwhelmed by God’s goodness. We eventually left and arrived in General Cepeda in the middle of the night.

Dealing with border agents and police in Mexico is difficult at times and most of us have heard some nightmarish story of someone’s dealings with corrupt Mexican police. I have often heard of the “need” to bribe police at times. We also have felt the temptation to do so at the customs office and on certain occasions with the police. I have never bribed an officer. I believe it is morally wrong. “Whoever is greedy for unjust gain troubles his own household, but he who hates bribes will live.” (Proverbs 15:7). God allowed my conviction to be tested this last week and once again He was so faithful, never testing us beyond what we could bear. “No temptation has overtaken you that is not common to man. God is faithful, and he will not let you be tempted beyond your ability, but with the temptation he will also provide the way of escape, that you may be able to endure it.” (1 Corinthians 10:13).

Our third day in Mexico, Josh, Jason and I were in Saltillo and got in a car accident. The guys in the other vehicle told us they had a friend on the force and we would need to just give them $400 USD or they would call him up. We told them we weren’t going to just give them $400 and that we wanted to do everything correctly according to the law. Praise the Lord we were able to encounter a few policemen before “their guy” arrived. After a grueling few hours of learning the laws and ways of handling accidents in Mexico, we had notified our insurance agents, who had to come out to the scene and assess the damage. When all was done, the other vehicle drove off and we were left with one sole police officer. I had been talking off and on to the officer about the faith and his family. He seemed genuinely kind, but then at the end of it all he told us he would have to give us a ticket and take the driver’s license. We explained that we were on our way to Monterey to pick up another missionary, so we needed to keep driving. He said we would have to pay the ticket the following day and there was nothing he could do. Then his face changed and he said he could “help us out.” There was an awkward pause then he said he could take away the ticket if we really wanted him to. We realized he was hinting at a bribe. I felt so sad inside. How many drivers had given him a bribe in the past? I looked him in the eyes and I said, “Brother, you know I am a Catholic Missionary.” I was preparing to tell him his soul was in jeopardy, that he was allowing the love of money to destroy his heart. “A bribe corrupts the heart.” (Ecclesiastes 7:7). “Nothing that comes from bribery or injustice will last.” (Sirach 40:12).

Before I could go further, he looked at me and suddenly pointed to the sky and said he swore by God above that he wouldn’t accept any money from us. He immediately got into his vehicle and drove away without issuing us a ticket. We blessed him and said we would pray for him. I felt so blessed and relieved that God provided a way out.

One of the most incredible blessings of missions is constantly being challenged to live the truth we preach. Sometimes we can quietly go about our day and merely go through the Christian motions, attending church, praying, living our lives of faith in private and in the comfort of our own boundaries. Jesus came to free us from the narrow confines of economic comfort and the chains of “personal space.” He asks much of us because He wants to give us so much. Please pray for our family and all those involved with our June short-term mission trips that the Lord would move hearts and touch lives. Please pray especially that He would raise up new missionaries who would be open to carrying His message to the ends of the earth. 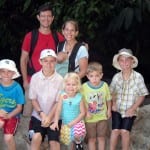